13 clients live, many more in the pipe, and outlooks for really large ones ahead, PostTrade 360° writes about Depowise success.

“There is a very clear technology gap in the market,” says Artur Reiter, co-founder and chief commercial officer of Depowise.

Since the winter, he and his team have travelled a lot across Europe, not least to the fund centre of Luxembourg, to research the market fit. The response from the industry has been near-overwhelming, especially from the depositary service providers (or ‘trustees’, as they are known in the UK and Asia) who make up Depowise’s original core target group.

“In the space of six months, we were speaking to all the big players, not only from Luxembourg but across Europe and even in Asia. And many of them, if not most, said ‘where have you been before, because this is what we really need’,” says Artur Reiter.

With 10 years at Bloomberg on his CV, Artur Reiter knows the environment. Only, for Depowise, the level has been reached much faster than expected.

“In fact, the other week, a managing director at one of Europe’s largest banks said, ‘this is the most complete solution I have seen during my 20 years’. There hasn’t been any one solution that a bank or a service provider could use for all their depositary operations. So historically, either they have done it manually, or they have bought different components from different solution providers, trying to make them mingle with each other,” says Artur Reiter.

It was some ten years ago that the first generation of the system was conceptualised, for use at Sweden’s East Capital. The software development was led by Sven Peekmann, who is now Depowise’s co-founder and CEO. Not only did the solution work, it turned out to be ground-breaking. The interest from other clients grew, and eventually, Depowise came into being as a standalone company in 2021. In short, the system builds on standardisation of incoming data to enable standardised operational workflows, making it much easier to configure services when products, asset classes and jurisdictions change.

As of September 2022, the number of clients live on the Depowise platform is at 13, and the platform processes almost half a trillion dollars’ worth of assets. Another few clients are in line for onboarding before year-end, and for 2023 another 10+ are forecast. And with the recent burst of curiosity from global banks and advisory firms, the volumes processed on the platform could multiply faster than the number of clients. Supporting the growth, a next step for Depowise will be to open a Luxembourg office.

“Since our initial vision was for the depositary service providers, it has been a happy surprise to see the rapid growth of interest from a broader scope of companies recently: asset servicing actors such as fund administrators, management companies, and custodians. Overall, many of Depowise’s core functions are applicable to these players. They need to conduct oversight, monitor the compliance, etc, so there is a very good synergy,” says Artur Reiter.

“We started seeing a lot of those potential customers in asset servicing coming to us and say: ‘Look, we see that you have this, could we use it?’. And because our product is built in a very modular way, they can pick and choose what they want. For example, a fund administrator can use our compliance engine or reconciliation engine.”

Interestingly, one of the tools that meets a lot of interest is the platform’s workflow management tool, keeping track of what should be done, when, and by whom. It was not designed to be a standalone product – just managing the task flow between the operational modules – but since many companies suffer from a lack of overview, many see the tool and badly want it too.

Beyond the original target group of depositary service providers and the extended group of asset servicing companies, Depowise is even observing growing interest from asset management firms in general. They are generally attracted to the intuitive interfaces and the system’s ease of use. In their space, however, the supply of existing solutions is much larger, and a dedicated market push towards this segment in the future would first need to be carefully carved out.

A quest for “operational alpha”

From a marketing viewpoint, Artur Reiter and his company find themselves in a fortunate position: the value of well-functioning technology needs no explanation to the potential customers. Some successful asset managers and asset servicing companies are seeing radical growth – but with the industry’s tight profit margins and shortage of skilled staff, they are unable to scale up just by multiplying how they work. Instead, they need to seek new efficiencies built on technology, and they know it all too well.

“Our depositary product is really easy to use and implement, so the go-live is quick with us, and the customers can see the immediate value. I think that is why these other asset servicers are also attracted. So, our sales arguments have basically been phrased by our potential customers,” says Artur Reiter. “We didn’t even have to come up with a pitch ourselves.” Depowise is currently benefiting from word-of-mouth marketing as the word spreads in the global finance community that Depowise ‘s solution is even better than the sector could dream of.

The article was first published on PostTrade 360°.

13 clients live, many more in the pipe, and outlooks for really large ones ahead, PostTrade 360° writes about Depowise success. 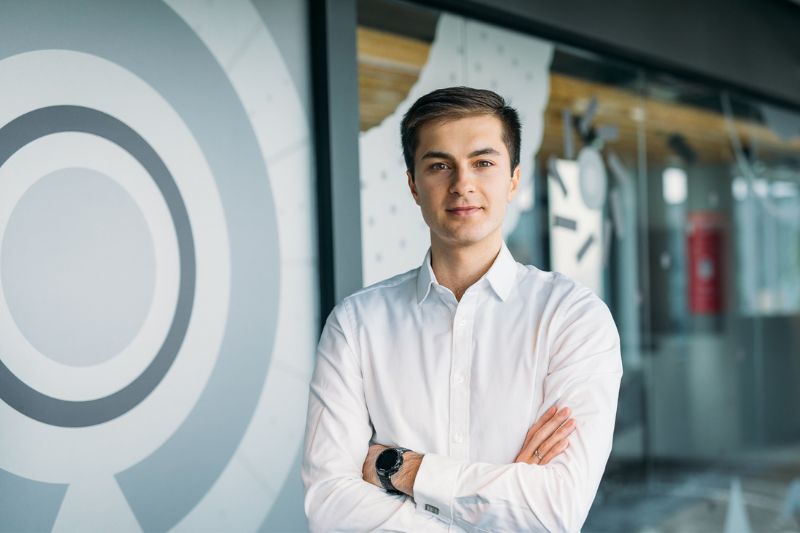 Depowise has joined the LHoFT Foundation

Depowise has joined the LHoFT Foundation. We are incredibly honoured and proud to have joined the Luxembourg House of Financial Technology. The LHoFT is Luxembourg’s

You can find out more about which cookies we are using or switch them off in settings.

By requesting a demo, we will reach out to you within 24h to set up a meeting

This website uses cookies so that we can provide you with the best user experience possible. Cookie information is stored in your browser and performs functions such as recognising you when you return to our website and helping our team to understand which sections of the website you find most interesting and useful.

Strictly Necessary Cookie should be enabled at all times so that we can save your preferences for cookie settings.

If you disable this cookie, we will not be able to save your preferences. This means that every time you visit this website you will need to enable or disable cookies again.

This website uses Google Analytics to collect anonymous information such as the number of visitors to the site, and the most popular pages.

Please enable Strictly Necessary Cookies first so that we can save your preferences!